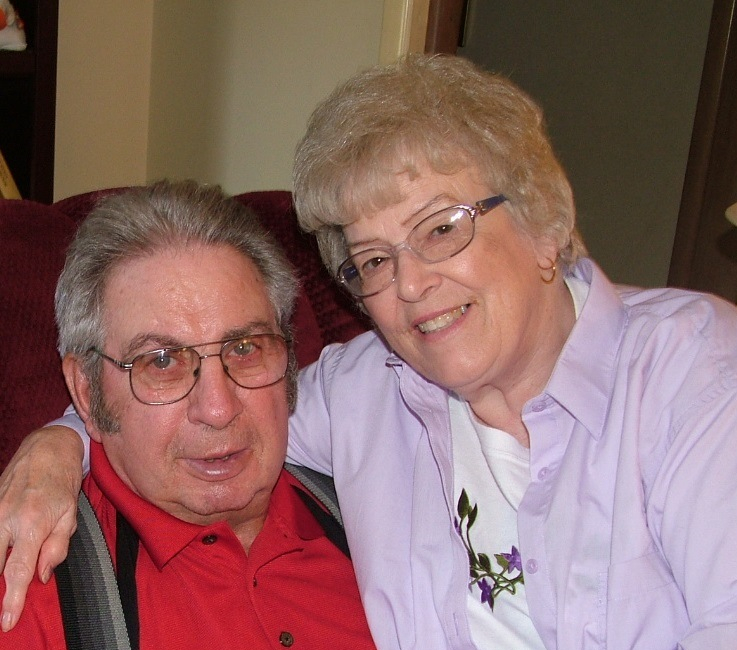 My mom used to get miffed when people would say how wonderful she and dad were to adopt four children.

“We weren’t wonderful,” she’d insist, no attempt to disguise the irritation in her voice. “We were selfish. We wanted a family.”

The high-school sweethearts had married young. Mom was 17 and Dad 18 in October of 1956. The heartbreak of repeated miscarriages throughout their early marriage prompted them to seek the adoption route to build a family. I always thought they would have had gorgeous babies. 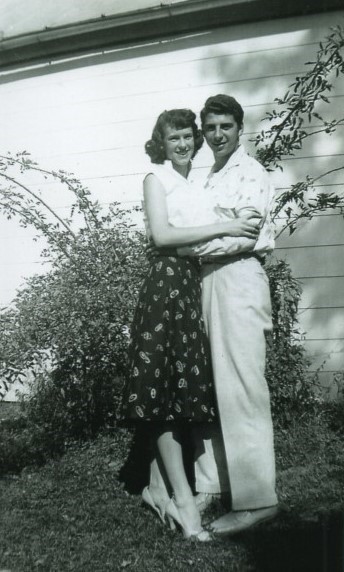 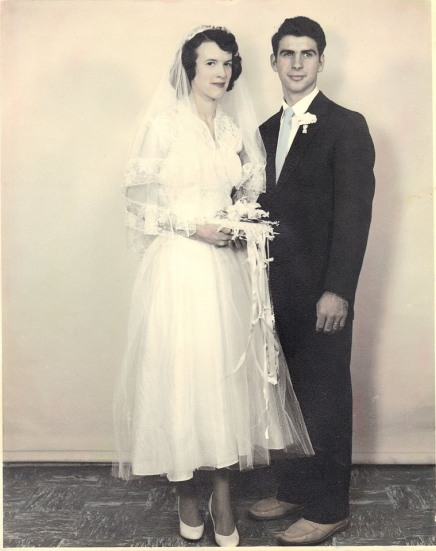 After “passing” what they often referred to as a nerve-wracking series of interviews/background checks/scrutinizations known as a case study, they waited for “the call” that a baby was available. In early December 1963, the call came. “We have a baby girl for you. But she was abandoned. Do you mind?” Their answer, “We don’t care where she came from,” sealed the deal.

Although they were not instructed to keep the doorstep detail to themselves, Mom noted she only told a couple of people. She did rush to the stack of discarded newspapers in the basement to search for the notice of the abandoned baby that she had read about three weeks earlier, but that particular issue was gone.

That evening found Mom at the laundromat with heaps of baby clothes to freshen, bubbling with excitement over the baby awaiting a family. That same December evening found mother-of-four Audrey washing her youngest son’s diapers as the family’s washing machine was on the fritz. Audrey, who’d grown up in an orphanage after her mother died, simply gushed over the news of the young couple’s pending adoption. What neither of them could possibly know at the time, the soon-to-be-welcomed baby girl and the youngest-of-four little guy would one day be married. 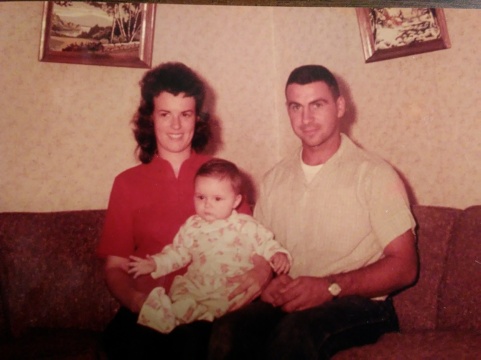 A baby brother joined the Hammitt family in 1965 as our parents remodeled the house we would grow up in. Assuming their family complete with the good fortune to adopt one girl and one boy, they fashioned the old-made-new country home on ten acres to accommodate a family of four. However, brother #2 in 1967 and brother #3 in 1970 turned us into a family of six.

We all knew from a very young age that we’d come together via adoption. But we weren’t the “adopted” kids. Phil and Bonnie were our parents. We were siblings, a family, really not that different from any other family. When some time later the family physician noted that advances in medical science probably would make possible biological children, our parents insisted they didn’t want to mix bios and adopted children. Anyway, they couldn’t have been more content with their family of one daughter and three sons. 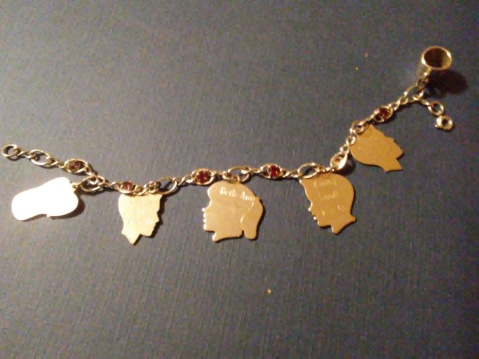 Adoption was not a daily topic, yet neither was it discouraged. References popped up here and there. “We never dreamed we’d get more than two,” Mom would remark. I remember comments about the stressful case study and the agonizing year-long wait for each adoption to be FINAL. They never forgot those anxiety-filled months, times four, and the worry that someone would try to take us away before the judge’s official decree that we were Hammitts. Even as a child, I sensed the emotional turmoil of that anxious time.  And then it really hit me when I noted in my adoption file how they were referred to as the “foster parents” in every report checking up on me and my new family during that first year.

While I won’t presume to answer for my brothers about how being adopted impacted their life, I can say with certainty that we all feel we had a good life. We were loved, taken care of, taught to work and be responsible, involved in church, raised with grandparents, cousins, and lots of extended family who treated us the same as any other family member. Memories abound of family vacations camping, racing down roller coasters, and visiting cousins in Florida. Stories of our growing-up adventures include the fun and the dreaded: riding bikes around the neighborhood and picking up a million bushels of apples for cider-making, long hours spent playing with neighbors and cousins and gathering a billion eggs from our 16,000 layer-hens chicken house.

The Mom and Dad who raised us were and will always be our “real” parents.

Time and again, I’ve answered, “How are your parents with all of . . . this,” in reference to me discovering my biological roots. Once the secret of the doorstep was revealed, Mom seemed nearly as curious as me to know the details. Relief flooded through me at their acceptance of my wanting to know, and I so appreciated their support during my search. Many adoptees do not get a thumbs up from adoptive parents to pursue a search for their biological roots.

My thoughts raced back to the memories of their fear of someone “taking us back.” In my mind, I had translated that concern into a disapproval of me or any of us searching for our biological parents. Maybe part of our not talking much about adoption contributed to several of us assuming Mom and Dad would not be okay with us seeking answers. While a bit of snooping had taken place, none of us had seriously pursued the issue because we feared hurting them.  I guess we should have asked rather than assumed.

No amount of time passed will dull my memory of the day I showed Mom a picture of my birth mother and my birth father. Her head tipped a bit to the right, she pondered the side-by-side photos on the computer screen. “Well, we knew you came from somewhere,” she said, then went on to note how the puzzle had come together to paint a picture as far removed as one could imagine from what she had assumed these many years.

It was important to me to keep them informed of the details as my search for biological answers fell into place. While Mom took great interest in every uncovered piece of the puzzle, Dad’s struggle with dementia made processing this new-to-all-of-us life experience both more difficult and more emotional. I assured them both I would not have wanted to change one minute of my life story with them. 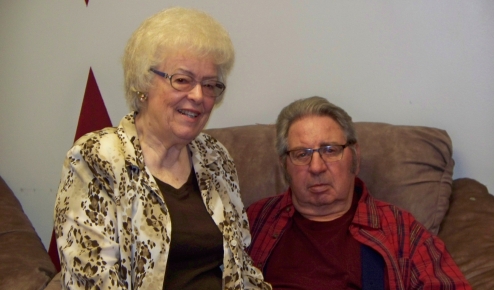 Several of us have solved our birth mystery. While I dreamed of a someday family reunion involving each of our biological families and Mom and Dad, our parents met only one biological family member before they passed, one of the birth moms. She has shared several family gatherings with us as well as attended both of our parents’ funerals. “Thank you for giving him a good life,” she said upon meeting the couple who raised her son.

And a good life we did have with parents who loved us unconditionally. They enjoyed 61 ¼ years together before Dad died in January of 2018 surrounded by family. His passing left a huge hole in our lives. Mom was never the same after that. Oh, she kept going, but she missed him so much. We all did.

Then, Mom’s very unexpected passing this past October enlarged that hole. Yet, somehow the gaping cavity and the sting of loss began to heal a bit around the edges because we knew they were together again, without the need for walkers or canes, with sharp, clear minds.

The lessons they taught us, the legacy of love and family they instilled will live on in us, in our children, in our grandchildren, and in the generations to come. Thank you, Mom and Dad, for loving and raising as your own four babies who needed a family. 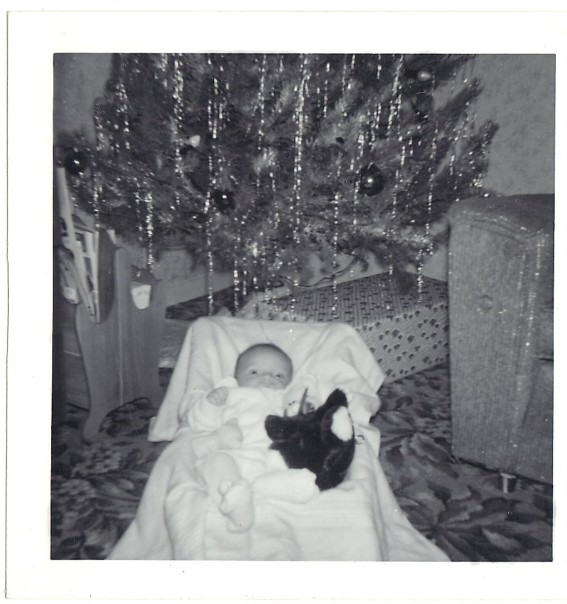 Christmas 1963 — days after arriving at my new home